Atlanta is the capital of the U.S. state of Georgia. It played an important part in both the Civil War and the 1960s Civil Rights Movement. Atlanta History Centre chronicles the city's past, and the Martin Luther King Jr. National Historic Site is dedicated to the African American leader’s life and times. Downtown, Centennial Olympic Park, built for the 1996 Olympics, encompasses the massive Georgia Aquarium.

In Atlanta, fine dining, shopping and rich history combine with inspiration-inducing attractions to create a city with Southern charm and world-class sophistication. It’s easy to see why Atlanta, Georgia is one of the most popular destinations in the Southeast to live and to visit.
Downtown Atlanta is also home to the World of Coca-Cola, a museum dedicated to the iconic soft drink, and is a business hub dominated by sleek skyscrapers, such as the headquarters for the news-gathering agency CNN. The High Museum of Art, in Midtown, exhibits classic and contemporary art from Rembrandt to Picasso. Popular neighbourhoods include Buckhead, known for its luxury malls, sophisticated Southern restaurants and hip-hop-focused nightlife, and Little Five Points, which pairs Victorian architecture with bohemian shops.
Often called the world’s “largest piece of exposed granite,” Stone Mountain is a certainly one of the planet’s largest monoliths. The massive outcropping, about 20 miles northeast of the city, is 1,683 feet high. Miles of hiking, cycling, and running trails circle and summit the behemoth. On its north face, the natural wonder also features a controversial carving—larger than Mount Rushmore—depicting Confederate soldiers Robert E. Lee, Stonewall Jackson, and Jefferson Davis.
Athens—an hour and a half east of Atlanta—is home to the University of Georgia, established in 1785. The historic centre is dense with atmospheric cafes, boutiques, and restaurants. The sensation here is like being in one most happening neighbourhoods in the South. For those outside the state, the “Classic City” is best known as the birthplace of the B-52’s and R.E.M. and its early influence on alternative, or indie, college rock. Today, Athens is still an incubator for live acts in venues across town. 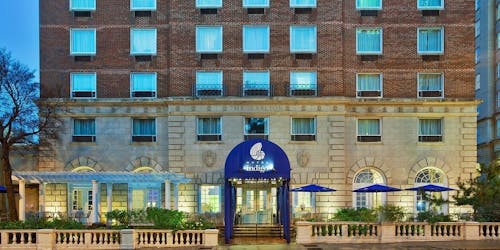 Coasts and Mountains of the South Road Trip

7 Nights from Call Us