Minnesota consists of extensive woodlands, fertile prairies, and innumerable lakes—the last the basis for one of the state’s nicknames, “Land of 10,000 Lakes.” Minnesota actually has about 12,000 lakes, all of which are larger than 10 acres (4 hectares) in area. The nearly 5,000 square miles (13,000 square km) of inland fresh water are a dominant feature in Minnesota. Its climate is continental, with cold winters and warm summers

The 150-mile northeasterly drive along Highway 61, from Duluth to the Canadian border, offers enough eye candy and coastal village charm for a weekend or more.
The North Shore of Lake Superior, where waves crash against jagged cliffs crowned with pine forests, and countless waterfalls tumble down to the great lake, yields some of the most rugged and dramatic scenery Minnesota has to offer.
It's a magical, captivating place that draws travelers from all stripes of life: from solo adventurers on a backcountry adventure, to couples indulging in a relaxing spa retreat, to kid-toting families on their annual road trips up the shore.
Eight of Minnesota’s most beautiful state parks hug the banks of eight rivers along the North Shore, each with waterfalls thundering down to Superior. Hiking trails wind along pretty much all of the rivers. Many offer access to the magnificent 296-mile Superior Hiking Trail, running from Duluth to the Canadian border.
Some of those early Minnesota people carved pictures of humans, animals and weapons into rocks. Some of these carvings, called “petroglyphs,” are thousands of years old – and many are still visible today in Minnesota’s state parks, such as Jeffers Petroglyphs near Comfrey. Ancient burial mounds and unearthed objects like spear points are evidence that people lived here ages ago.
The Dakota and Ojibwe (also called Chippewa or Anishinabe) Indians lived in Minnesota when the first Europeans arrived. Many Dakota, Ojibwe and other American Indians still live here today.
In the late 1600s, French explorers led an expedition into Minnesota, and were soon followed by fur traders for French, and then British, companies, who come for beaver pelts to make hats in Europe.
In 1825, Fort Snelling became the first permanent European-American settlement. This site is now open to the public for tours. The early settlers in the territory were primarily Americans from the East Coast. By the 1860s, large numbers of immigrants, especially Germans and Scandinavians, came to Minnesota.
Spring (April-May) features warming days, with high temperatures in the Twin Cities progressing from 50 degrees in early April to the low 70s by the end of May. Trees leaf out in bright greens, robins and other migrating birds return, and tulips and daffodils poke up from the earth.
Summer (June-August) brings daytime temperatures in the 70s and 80s (and occasionally, in the 90s). The easygoing days of summer enjoy daylight late into the evening, with abundant sunshine to brighten outdoor fun.
Fall (September-November) brings cooling temperatures, and with them, the bright colors of trees and shrubs as they change from their lush summer green. This time of transition starts with daytime highs in the 70s, dropping to highs in the 30s by the end of November.
Winter (December-March) here has earned a reputation for its occasional weather extremes, but the average winter day is quite comfortable for outdoor activities like skiing or snowmobiling. For instance, the average
high daytime temperature in the Twin Cities in January, the coldest month, is in the low 20s.

Below is a small selection of our holidays to Minnesota. We can tailor make a trip to Minnesota around your ideas. Just give us a call.

Legends and landscapes of the Old West

Below is a small selection of the cities in Minnesota you can visit. 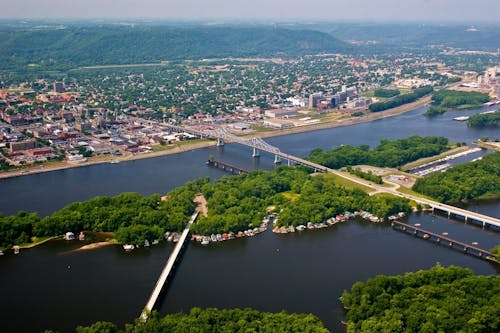 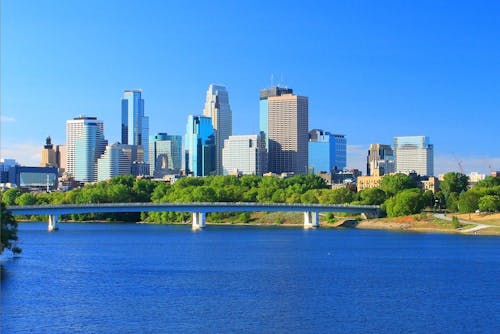